Joanna Kavenna’s Inglorious is one of the most ludicrous examples I’ve seen yet of the recent propensity (described here) of publishers to slap a chick lit cover on any book written by a woman or about a woman.

I’ll tell you a little more about the book before I unveil the frightful cover. It was a last-gasp addition to my 2008 reading list, picked up in the library because I was vaguely aware that it had won an Orange award and been mentioned in a few best-of-year reading lists.

The basic story is that its protagonist has a bit of an existential crisis one day and quits her well-paid job in journalism, after which things start going a bit pear-shaped for her. Her relationship ends and she stays with a succession of friends while going deeper and deeper into debt as she remains preoccupied with a “search for meaning”. Bit of an eyerolly plot, I know, but it is well-written and often amusing. Fellow GTD wannabes will recoil at her unwieldy to-do-lists (tasks like “Read the complete works of Hegel, Nietzsche and Kant”!) before sheepishly whipping out their own lists to rephrase similar next-action-lacking mistakes. Fellow snarky types will like the self-sabotaging exactitude with which she writes application letters for menial jobs. You can read this extract, which I don’t really think does the book justice, but you will at least gather from it that the writing is not dumbed down for anyone whose favourite author is Sophie Kinsella. I finished the book on Christmas Eve, and would give it three stars.

Now that the stage is set, behold the cover! By the way, poodles don’t feature in the book at all. 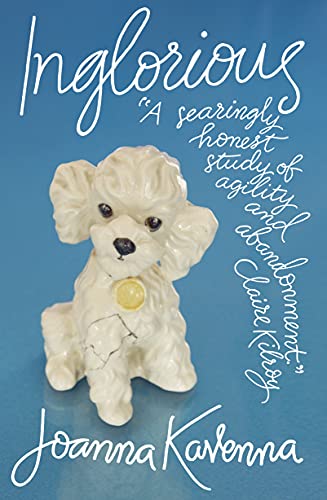